Draw The Line Campaign: Origin And Current Status Of This Anti-Sexual Abuse Movement

Where Is Your Line?
Campaigns, WhereIsYourLine? 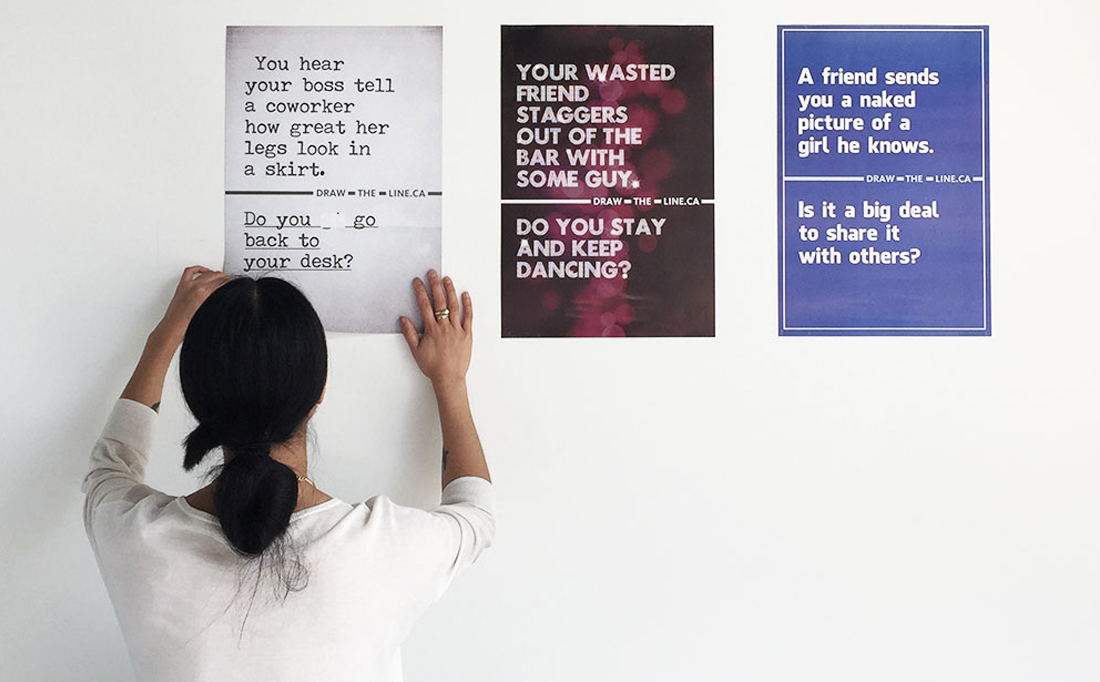 Draw the line campaign is an anti-sexual violence movement that was launched in May 2012. The campaign’s goal is to create an interactive platform to engage Ontarians to be actively involved in curbing sexual violence on women in the North American country.

It comprises sexist jokes, sexual harassment, stalking and sexual assault to makeup what constitutes the culture that supports and condones sexual violence.

Draw The Line Campaign is the new baby among several other anti-sexual violence campaign movements. It is formed and run by the OCRCC (Ontario Coalition of Rape Crisis Centers) and Action Ontarienne Contre la Violence Faite aux Femmes. Many other partner organizations gave their support to the campaign. These are Eagles, METRAC, White Ribbon, Springtide, among others.

The prevalence of sexual violence in Ontario is not in doubt. One out of every three Canadian women must pass through a sexual violence or the other in their lifetime. This makes it a serious issue that calls for action. Every community and city in the province has a case of sexual violence to attend to. This negatively impacts on lives of families, friends and colleagues alike. The step towards eradicating sexual violence gave birth to many grassroot organizations springing up.

The fight has been on since in the 1970s. Grassroot organizations have since been working on ways to finding a lasting solution to eradicate the menace from communities and homes. The call is to not be silent but to take action.

The Goal Of The Organization

The major goal of Draw The Line is to challenge and dismiss common myths about sexual violence, educate Ontarians on what sexual violence is and how to be involved in its control. Through interactive channels, dialogues are opened for people to relate with the organization.

Draw The Line uses social media platforms like Facebook and Twitter to make daily posts on real-life situations on sexual violence for people to make their contributions on such violence against women.

Draw the line campaign is intended to include people of various categories and works of life. It is a design that is catchy to attract all individuals regardless of gender and status.

The campaign signs are features to encourage bystanders to take action. You’d often find statements such as: “Your wasted friends staggered out of the bar with some guys- Where do you draw the line?” “You hear your boss tell a coworker how great her legs look in a skirt – do you go back to your desk?”

The message is clear; it is a call to not just look while sexual violence is committed. You must take action to stop the violence against women.

This is what Draw The Line Campaign stands for and encourages everyone across the globe to be part of.